The English Lake District is the jewel in the crown of Great Britain. Boasting landscapes of lakes, mountains and forests so beautiful, so sublime, it inspired many a romantic poet through the ages, perhaps most famously William Wordsworth, Arthur Ransome and, of course, Beatrix Potter. Spanning over 912 square miles and 200 fell tops, The Lake District National Park has been protected by the Queen since 1951 and is home to some of England's highest peaks, deepest lakes and an incredibly rare biodiversity of wildlife. At the end of the last Ice Age, around 12,000 years ago, man lived amongst the caves, rocks and forests we see today clearing woodland to attract wild animals and make hunting easier. To this very day you can still see the stone circles they created and the carvings they made into rocks. In light of this, on Sunday 9 July 2017, The Lake District was named a UNESCO World Heritage Site. It now joins other wonders of the world like the Taj Mahal, The Great Wall of China and Machu Picchu with the status.

Highly regarded as the most beautiful of all the English Lakes. Ullswater is often referred to as the 'Dark Lake' and legend connects it to King Arthur. It has always been a place of myth and mystery and in medieval times monsters were believed to live in the dark still waters.

Ullswater is the second largest lake in The Lake District stretching for nearly 8 miles from Pooley Bridge at the north end to Glenridding at the south end and is over 60 metres deep. Some say its name derives from an old Nordic chief and is said to be so beautiful it inspired William Wordsworth himself to write three poems on Ullswater, most famously Daffodils, inspired from Glencoyne Wood, and has just been featured in Arthur Ransome's wholesome prewar adventure classic "Swallows and Amazons". Wordsworth further acclaimed Ullswater in one of the most celebrated passages from his great autobiographical poem 'The Prelude'.

The mountains around Ullswater were sculpted by the great forces of glaciation, particularly during the period when Britain was emerging from the grips of the last Ice Age about 12,000 years ago. From an early settlement point of view, the remains of prehistoric activity in Ullswater are extensive, spanning the period Neolithic to the Iron Age. There are examples of rock art near the village of Patterdale in the south as well as stone circles and burial cairns on Asham Fell to the north. The Roman road connecting forts in Ambleside and Penrith, known as High Street, runs along the eastern fells. The main industries in the Ullswater Valley were lead mining and slate quarrying, and some of the archaelogical remains of these are of national significance. Important sites include Hartsop Hall mine and Myers Head, the latter being a well-preserved example of a late 19th century mine. However, the largest mine was at Greenside, west of Glenridding, which operated from the 1820s until 1961.

The farming of Herdwick sheep features strongly in Ullswater today and the valley contains a number of important Herdwick farms- some farms on Ullswater have the largest flocks in The Lake District.

Ullswater has a typical "U" shaped valley showing how a glacier carved its path through the area. A careful eye can spot deep striations on the rocks that remain today. When the ice melted away it left a hollow with a lake - Ullswater. Since those times Ullswater has grown a rich and diverse ecosystem that supports many rare species. So what elusive creatures can guests at Waternook hope to see? You may not know this but Ullswater is home to some of Great Britain’s rarest species including Red Squirrel [there are estimated to be only 140,000 left in Britain], Peregrine Falcon, Pied Flycatchers, Redstarts, Wood Warblers, Arctic Char, Schelley and England’s last surviving herd of Red Deer- their bloodline dates back to 1066 and times of William the Conqueror. Did you know bears, lynx, aurochs, beavers and wolves once lived in The Lake District. Waternook itself is nestled on the side of Hallin Fell, in Spring the grassy slopes and rocky outcrops provide nesting sites for Meadow Pipit and Wheatear and the grass is starred with the small yellow flowers of Tormentil. Just a few minutes walk away, in the grounds of St. Martin's Church, you will find a Yew tree that dates back over 1,400 years.

So whether you cosy up by the fire in Waternook with a good book, or wrap up warm and head out exploring, Ullswater is a place of wonder, mystery and excitement. But right now you can experience your own little taste of Ullswater through our professional videos: Experience Waternook, Experience The Great Barn, Experience Cumbria [also featuring Ullswater and Waternook].

For those seeking the adventure of the great outdoors Ullswater is awash with so many opportunities, or perhaps literature and relaxation is what you seek. Ullswater has it all, there are so many things to do, and we are only too happy to help source your perfect activity or interest through our luxury Concierge Service range and the specially selected service partners we use so please do discuss your personal needs with us. 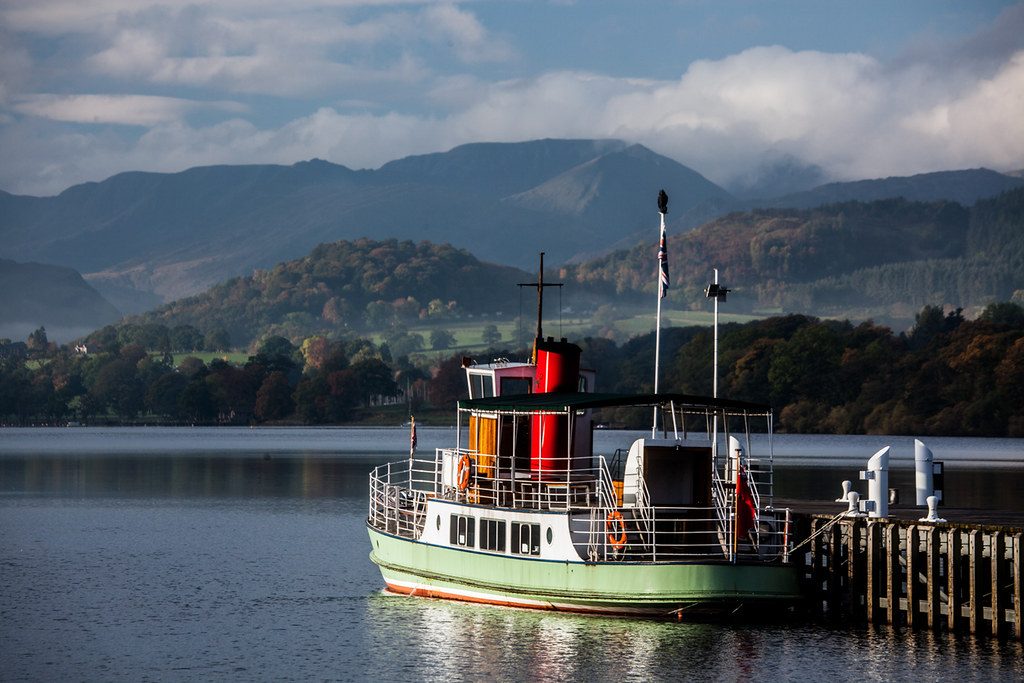 Nestled on the side of Hallin Fell, guests staying at Waternook and The Great Barn benefit from not only one of the finest locations on Ullswater but The Lake District itself. In the heart of The Lake District National Park, relish in panoramic views of lake and mountain and over 27 acres of private grounds and a half mile of lake frontage. Whether your plan is just to sit back and restore, wander in Wordworth’s footsteps or jump both feet in with some adrenaline junkie activities you’re sure to find happy again with us.

The Lake District is a region blessed with rich local produce, it's no wonder Cumbria is the county with the most Michelin Starred restaurants. A magical combination of outstanding natural beauty and local passion has created produce that is distinctly Cumbrian and always of the highest quality. So whether you plan to buy local produce and dine in on the estate, book a private chef or dine out you are sure to be spoilt for choice. 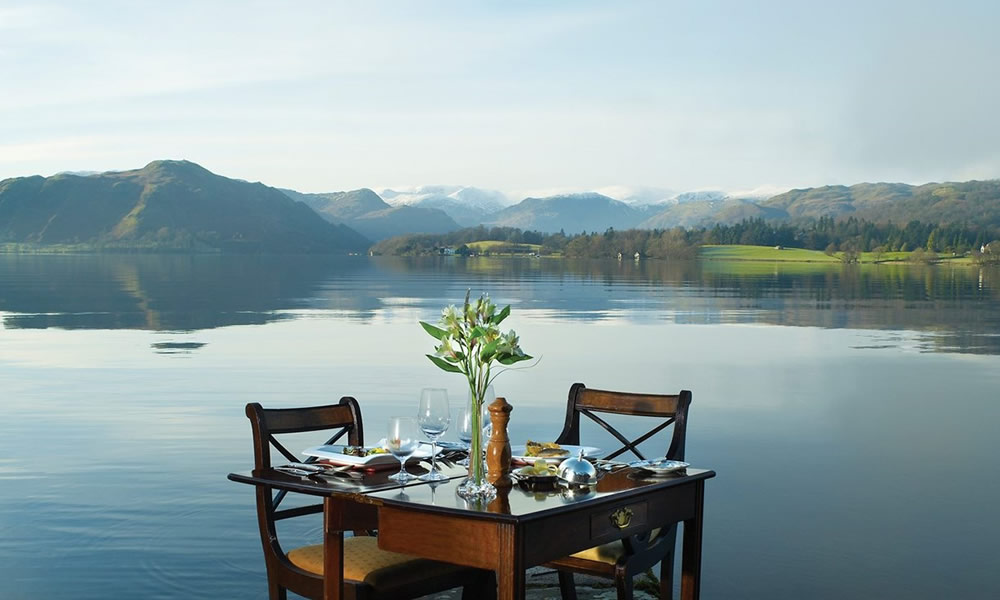 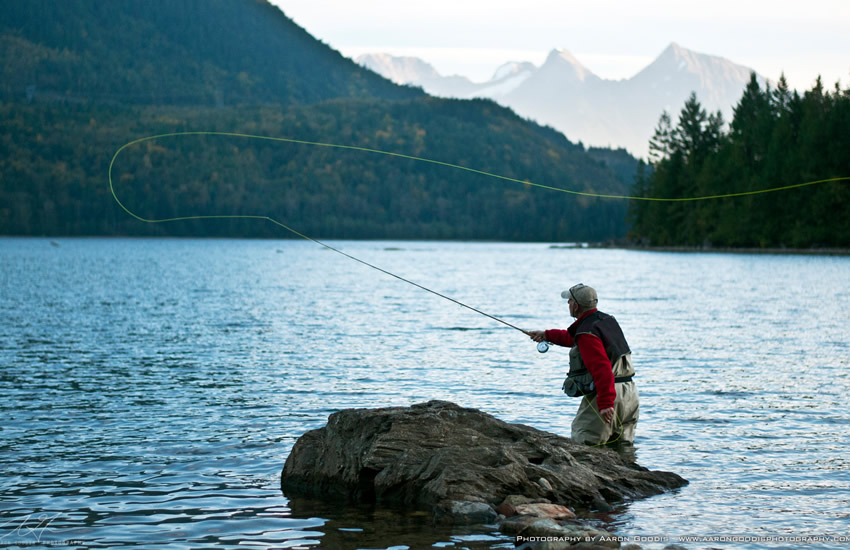 We offer a wide choice of concierge services, designed to enhance your stay with us at Waternook. These include bespoke classes in cooking, baking and wine tasting, a wide selection of outdoor pursuits, as well as  Yoga, Wellness, Mindfulness and Nutrition experiences.